Beats In Kansas: The Beat Generation in the Heartland 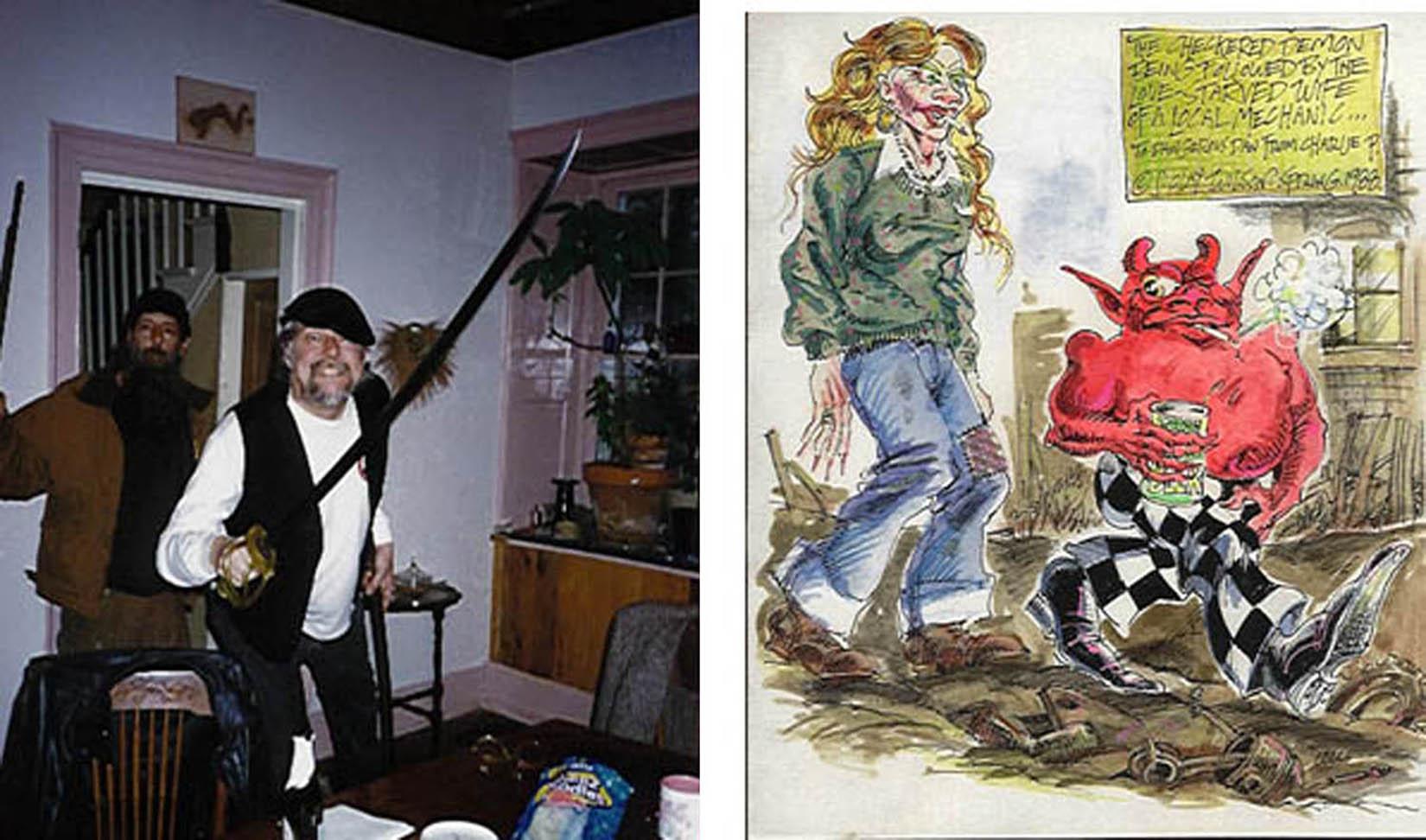 "It was early one morning / I was on my way to school," singing the old race song, I was on my way from K.U. to the pork and bean factory, seeing thousands of original Andy Warhols every night, where I worked banging pressure cookers with bent steel pipes in the company of the insane, unkempt, crooked bodies and faces that inhabit the world of S. Clay Wilson's art. I made two pit stops on the way to the factory: A dusty brick house he shared with Gary Brown where Harley hogs and beer bottles littered the grease-hardened dirt yard. I picked up some drawings of Big Wayne burgers and Tree Frog Beer I was going to print in the next issue of John Fowler's Grist Magazine. The next stop was Fowler's house where I was staying temporarily, reading the first Bukowski chapbooks. He was working at a bookstore near the old Rock Chalk café, and said I handed a teen named James, who was looking for something "good" to read, a publication containing the Beats and Burroughs. Little could I presage the history of the world of art and literature in the boarded brick and dusty famous streets of that old shot up gang town would rise again in Rodeo Drive Fashion.

One could say that a vortex of Brueghel and Beardsley images and lines spun in incubation like a kid's brain at a carnival before a disappearing feast of spun candy. Anthropomorphically, in the science of paleontology and artifact, I am reminded of the late Loren Eiseley, who could identify by bone, a current face that really belonged to a different age. I suppose a better label than the Grotesque is the Carnival. My intellectual peers, who avidly grab the New York City media to be fed the latest cultural fads are baffled by my attending the local carnival in rural upstate where goonies and dorks and creatures of the night come out. The pathos is behind a sort of cowling for those who see raw matter, as does an artist of Wilson's ability. Too, as in Goya, the human hypocrisy is frozen and first complaint-- the "graphic subject matter." Never mind the horrors of 50 thousand plus wars of recorded human history. Lots of graphic detail lost in the fact that we are an insane species, hiding behind sex, politics, and religion as if nothing bad ever happens. The messenger shocks us with the electric truth, and in this case we should thank our gods that there is a comix relief. Behind the art is a lamb of a person. He even decorates his mail to entertain postal employees. If he and his fellow comix artists would have this work in schools, we might change our destiny from horror to laughter.

William Burroughs said it best, of course, "A sure sign that an artist has mastered the craft is when you immediately recognize the work from a single glance or the reading of one sentence." That tripped my memory to a visit to the Prado many years ago. The museum was vast and therefore had many rooms. In each was a master and other paintings of artists of the period. I made a game out of quickly entering each room and scanning the walls to spot the master of the period. I've been around artists who I know have that distinctive gift, we'll call a quick eye. It was there I saw, too, that Dali was a master not just a cliched showman, as his critics would have it. That "immediacy" runs through all painting, poetry and music. Not that the derivations and variations are not great in their own right, and rarely does a Dali or Pollack come along, who can freeze their signature lines and images in visual copyright. One can only pick up a book of Wilson's to go beyond his main characters, all well known, to see that biker kids greasy face and know that you've seen him before in some archetypal glance, like the paleontologist, the artist, who cannot turn if off, by the way. There are demons and there are demons....

Exaggeration of the detail takes one gigantic trip. The detail never ends. Like James Brown and Little Richard, the outrageousness cannot stop, and Sly wants to take it higher. Those who have to jump and shout when turned onto those artists are the same ones, who, like the young Leonardo DiCaprio, have sealed their fate to the subliminal exposure to Wilson. When I moved to Cherry Valley, NY the population was 600. I met a character called Dangerous Dan, whose eyes lit up when I mentioned the name, S. Clay Wilson. He started mimicking the conversations of the pirates, the motorcycle gangs, the chicks. He knew their conversations. When I handed him Wilson's drawings, he would carefully grace the pages in awe. Just the other day my friend Laki Vazakas, who did the documentary on the late legend, Hubert Huncke, was visiting when I handed him the phone with Wilson on the other end. "Hey, the other night I was in this bar and when I mentioned S. Clay Wilson, this cat went on forever about your work..." Such is the seminal greatness of the real art that embeds itself in our culture. It is handed around, found in kindred souls. After a while the media finds out. Then it has to fulfill its roles in telling its readers "whuts happinin!"